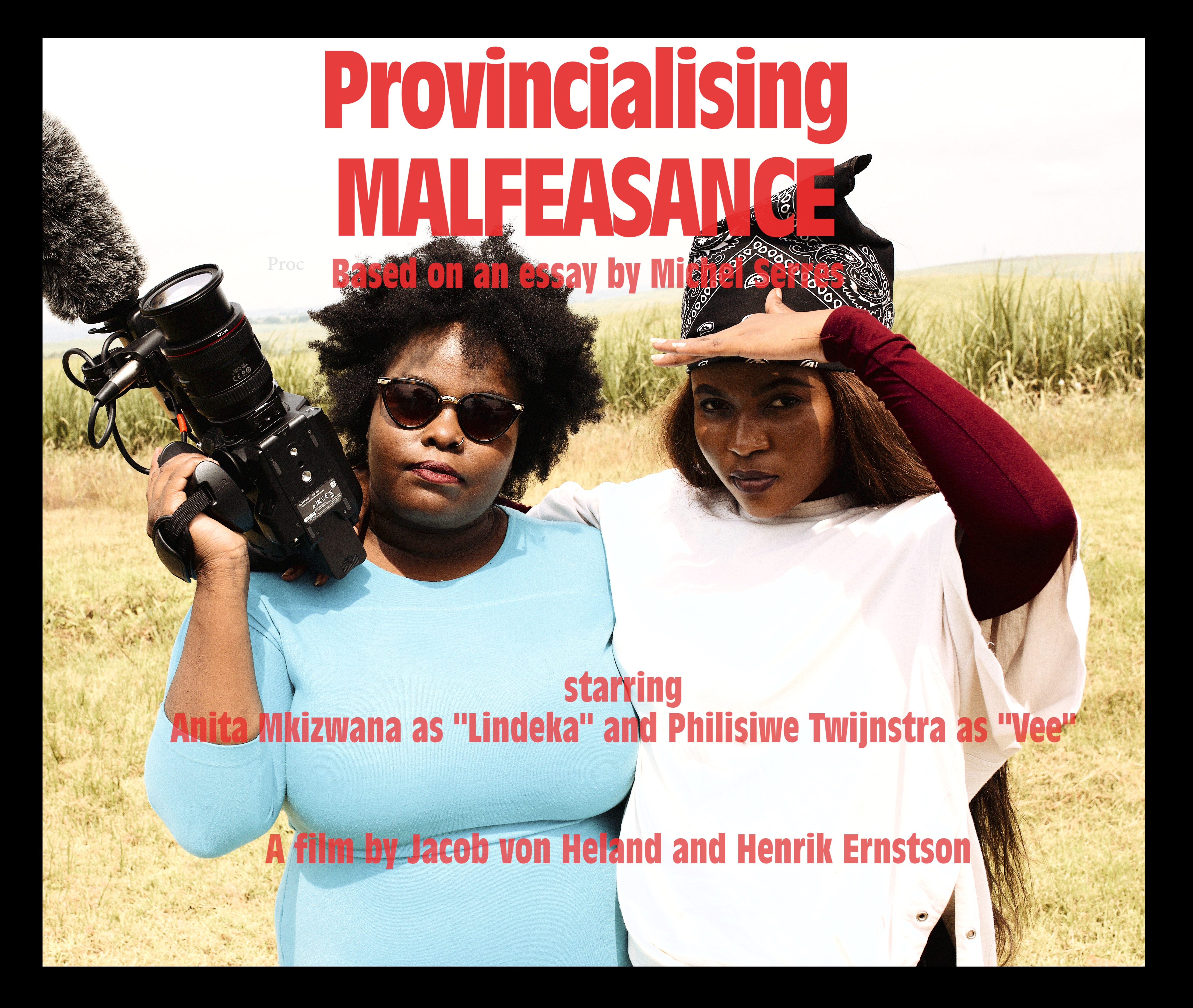 This film in progress is a poem or an essay with the aim to theorise what “translation” and “provincialisation” from postcolonial studies mean when taken into a filmic, cinematic register.

The film can be considered a multimodal hacking of the book Malfeasance (2011) by Michel Serres, here re-situated inside filmed histories of Durban unfolding.  The film creates a seventy-five minute long audiovisual space in which the viewer can explore similarity, difference and friction between Serres´ writings and local Durbanese realites.

In Malfeasance Michel Serres thinks with Western philosophy and imagineries of the Anthropocene to address and even solve contemporary politics of sustainability. Focusing on property, he centres on the question of what it means to own and how we claim that something belongs to us, tracking the animal origins of ownership in how the body knows how to leave its marks: “Whoever spits in the soup keeps it.”  This form of appropriation through pollution has transformed massively through industrialisation and consumerism to a much larger scale in our time, where he claims, the human species has appropriated the biosphere, the climate and the planet itself. But will the planet stay calm?

In this poetically and lucidly crafted book, Serres attempts to speak about, and for, the human species, and all of human civilisations. The question we investigate in our film Provincialising Malfeasance is how his theorisation plays out when situated not on the planetary scale, but in a more messy, real and situated African place, more specifically the city of Durban. Is it possible for somebody like Serres to speak about the world? How does the narrow pedestal of Western thought from where he launches his thoughts ‘land’ in a different context? Can Durban, now also named with its Zulu-name eThekwini, be configured as a location from where to also speak powerfully about the world? And how does a filmic register for doing research assist in answering these questions?

Jacques Rancière The Politics of Aesthetics (2004).